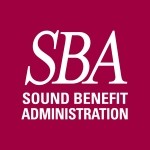 Home » Posts » What’s the Over/Under on Health FSAs and COBRA?

What’s the Over/Under on Health FSAs and COBRA?

If you are a COBRA eligible employer (20 or more employees for 50% or more of the prior calendar year) and offer a Health Flexible Spending Account, that plan is subject to COBRA rules. In fact, it’s considered a group health plan, therefore treated just like a group medical plan…to a point. That point hinges on how much the participant has contributed to and been reimbursed from the account prior to terminating employment.

If an employee terminates employment (becoming a Qualified Beneficiary or QB) and underspent their Health FSA account, they become COBRA eligible and a COBRA notice is required. The QB can elect to pay premiums which will allow them to participate in the Health FSA after termination, just as they would for COBRA coverage on a medical plan.

It’s important to note that COBRA eligibility only applies to the Health FSA account. The Dependent Care FSA is not a COBRA eligible benefit.

When would COBRA for a Health FSA be offered to an ex-employee?

Let’s look at some examples:

Oh, but you ask, what about a plan with a $500 carryover provision? We’ll get to that a bit later.

How is the Health FSA COBRA premium calculated?

So, using our QB1 example above:

Why would a terminated employee pay a COBRA premium for the Health FSA?

Again, looking at our example, QB1 contributed $1,200 and received only $800 in reimbursement. One month of COBRA premium ($204 paid with after-tax dollars) would allow the QB1 access not only to the $400 difference but also to the entire remaining amount of $1,200. Pretty good deal for the QB, right? But, there is some risk to the employer. After all, there is no requirement that the QB remain paying COBRA premiums month after month.

In a worst-case scenario, QB1 pays the $204 premium for one month, gains access to the remaining annual election ($1,200 in our example) and submits a claim for the whole darned amount. The employer has to pay it. That’s the deal with an FSA. The employer ultimately acts as an insurer. Sometimes they come out ahead, sometimes they don’t.

Is a COBRA FSA QB eligible for an extended grace period or $500 carryover for the following plan year?

Once a QB has paid the premium to the end of the current plan year, if the plan includes a 2.5 month extended grace period or $500 carryover, the COBRA participant is allowed to take advantage of those provisions. The employer can pass along any third party administration fees (same as are charged for Active participants) plus the 2% allowable COBRA fee to enable the QB to submit claims.

Can a COBRA FSA QB continue to use their debit card?

While there isn’t a law about allowing/not allowing a debit card while on COBRA, at Sound Benefit Administration, an FSA participant who has terminated employment will not be able to use their Health FSA debit card beginning the day after they terminate. The primary reason is that we want to make sure that participant has paid their COBRA premiums before any more claims are processed – whether that be online, mobile app, emailed, faxed or mailed. Since COBRA participants have a 30-day grace period to pay premiums, Health FSA claims will not be considered until the COBRA premium for that month has been received in full.

Is a QB allowed 18 months of COBRA?

What about the $500 Carryover from the prior year?

You can see that by including the carryover from the prior year, QB3, who was COBRA ineligible in our first example, is now COBRA eligible with the carryover. This is because QB3 actually contributed that $500 in the prior year and is eligible to use that money in the current plan year for reimbursement.

What about the 2.5 month extended grace period?

If a Health FSA plan has a 2.5 month extended grace period provision, it allows participants to spend down unused balances of any amount for an additional 2.5 months after the end of the plan. QB’s are afforded the same rights as an Active employee, so if a QB has paid all COBRA premiums to the end of the current plan, they also have an additional 2.5 months to incur expenses to spend down an unused balance and an additional 60 or 90 day run-out period (as determined by the plan document) to submit claims.

I always like to tell people to think of an FSA more like a medical plan and less like a bank account (hello HSA…). Some participants will simply get more benefit than others. Employers may have to cover some losses. And, as is generally the case whenever COBRA is involved, you need to make sure you know the rules and nuances…or just remember to ask us.

We have a wealth of information on all topics FSA on our blog. It’s good reading!

SBA’s Monthly Soup Scoop Newsletter. Please subscribe to Soup Scoop to have our most recent articles and information delivered to your inbox.